you had me on the sunrise

My days off are Fridays and Saturdays, so Saturdays feel like Sundays to me.  I was gonna say Happy Mother's Day, but nope, not officially there yet.  Not that I'm big into Hallmark holidays anyway... 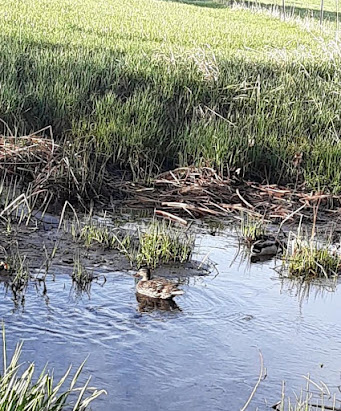 I enjoyed a leisurely day yesterday, starting with a lovely morning run where I passed by this wholesome couple performing their morning preening.

The male didn't seem to want his pic taken, but at least the female was quite into it.

I've never seen ducks nesting like the geese do around here.  Nevertheless, little ducklings seemingly pop out of nowhere each spring.  I'll keep watch.
Later on, I did some shopping.  I needed some shoes for work, and Sierra did me a solid once again.  I like to wear good quality running shoes at work since we're on our feet so much.  Good quality running shoes can be expensive, though, but I found these bargain basement pups for the ridiculous price of $15.
They felt super comfy in the store, but I was all questioning on account of how cheap they were.  I looked up online reviews when I got home, thinking maybe they're on par with grocery store sneakers,  but sure enough, they're legit. 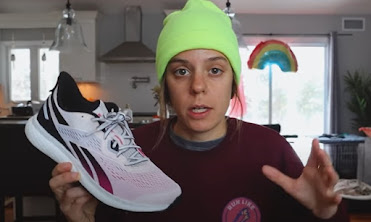 In fact, one of my favorite youtube shoe reviewers recently posted a favorable review, so I'm currently basking in bargain hunting success.

Later, I swung by Wolfgang's to look after his cat Maisey for a while.  Wolfgang and a couple of friends partook of some mountain biking fun in Utah and Colorado last week, so Magnum and I were on Maisey duty.  She is basically a sweet giant fur ball. 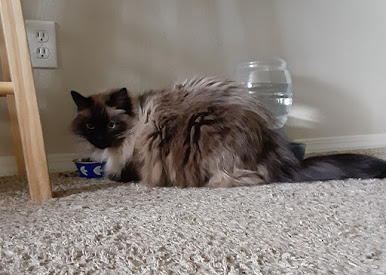 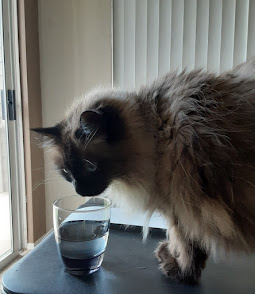 So far today, we've had a bike ride, a quick check in with Wolfgang, and a coffee outing - lovely day out that it is.


Snow is forecast for the upcoming week, but I don't even want to talk about it.
Until then, there's a few other things to check off the to-do list, but I think I'll go look up duck nesting first.
Posted by Abby at 1:11 PM

Sandie, thanks! Back atcha!

Peggy, it's hit or miss with me and bargain shopping, so a hit feels nice :)

All trainers are expensive nowadays. You can buy most things fairly cheaply but decent sneakers always cost an arm and a leg.