So that gun?  That competition air rifle we rediscovered collecting dust in our crawl space for the past 2 and a half years?  It's back home!

As I mentioned, for lack of any other ideas, I sent an email to usashooting.org into what I thought might be a big old void.  But lo and behold, I got a response!  "Shooting Girl" called me, quite interested in following up, understandable because it is a rather expensive piece of gear.  Pretty, no? 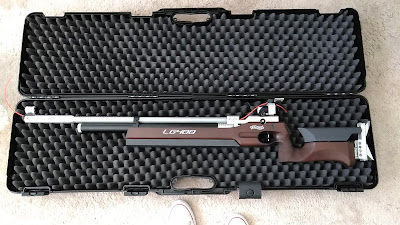 We were able to track down the gun's origin, and sho'nuff, it had been checked out by "AirRifle Guy" in April of 2017 and never signed back in.  I texted Wolfgang:

ANYhoo, I made arrangements to trek it down to the Olympic Training Center here in Colorado Springs.  Shooting Girl instructed me to enter through the "Athlete and Employee" entrance, thus making the trip the closest I will ever be to being an Olympic athlete.

I pulled up in my Toyota Echo and was stopped by a guard:

Me:  I'm returning an air rifle (still better than saying, "I've got a gun")

So, after giving the guard something to do for a minute, I was directed to a parking lot.  I've never been the Olympic Training Center, even as a visitor.  Naturally, it is open to visitors and tours are provided, but I just never went.  I think each of our kids has been there for school field trips, and I recall a former tutee, who was a competitive swimmer, telling me about going there and seeing his idol, Michael Phelps.

There wasn't a whole lot of activity while I waited outside for Shooting Girl, so I snapped a couple of non-exciting shots of buildings.  *YAWN* 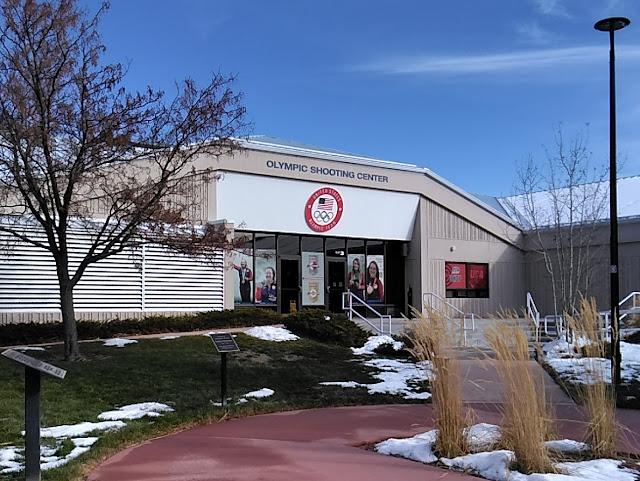 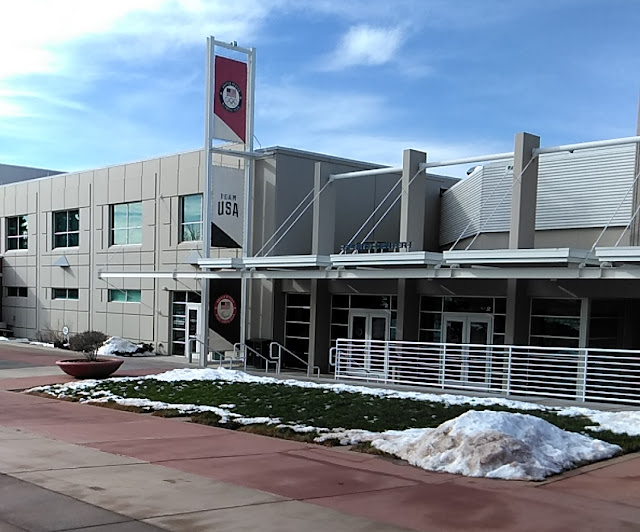 We exchanged some pleasantries as well as the gun.  She asked a little bit about Wolfgang's project, and I explained very little - the extent of my knowledge.

I'm glad the gun's back home.  Maybe it will podium.

I'm glad you were able to find the person that needed this. I suppose as guns go that is a nice one. Don't know an air gun from a bullet loaded gun. But what we are all not talking about here is that you have snow on the ground.
OH MY GOODNESS ME!

Peggy, I'm glad to have this resolved too. As for the snow -YESSSSS, we have so much. And more on the way. I'm getting tired of it already, and it's not even the new year.

I did see some pictures online from a friend that moved to your area. She was glad Kansas City prepared her for winter snow driving.

Great job on getting the gun to it's owner. I'm not sure how well their record keeping is there though, over two years with a gun checked out? :)

Morgan, we just got walloped with a BIG storm. I hope your friend doesn't need to drive anywhere today.
I was thinking the same thing about that record keeping. If it was a library book, they would've hunted him down!

I'm glad the gun got back to where it belonged and more importantly...out of your to do pile. That's an accomplishment when you're trying to downsize and get rid of stuff!