Another week in the books.  Inktober has me slacking on blogging a bit, but I'm never truly gone from here... 😇

My P.E.O. chapter lost another sister this week.  This was somewhat expected, so unlike when Tiffany died, not as traumatic.  Jeanie was 90 years old and had been in failing health for about the last month or so.

Although physically frail, she was a total hoot and sharp as a whip.  When she'd had to go to the hospital when the problems began, the security guard informed her that he had to check the contents of her purse.

Dude had no sense of humor.

She was ready, though.  After she was able to go home from the hospital, another friend told Jeanie, "I'm praying for you", and Jeanie replied, "Well, thanks.  But please don't pray for me to get better.  I wanna go!" 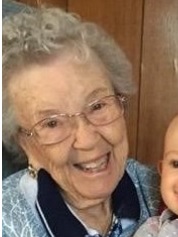 And she did.  She'll be greatly missed.  Rest In Peace, Jeanie.

We spent time with Magnum's mom and stepdad today.  They live in a senior living community nearby, so we went for brunch in their dining facility.  It's a nice place, really, with a plentiful variety of food.  Gotta say, though, I was having sodium withdrawals.  Everything was so devoid of salt, and I fear I may be a salt-aholic.  The pumpkin spice pancakes were good, though - my first pumpkin spice anything of the season.

And thank you to everyone for the tooth hole/ sinus sympathies.  I'm feeling almost normal now.  A few more days and I should be cleared to blow my nose, and I'm so looking forward to that!

Inktober continues, and me with my head still above water... 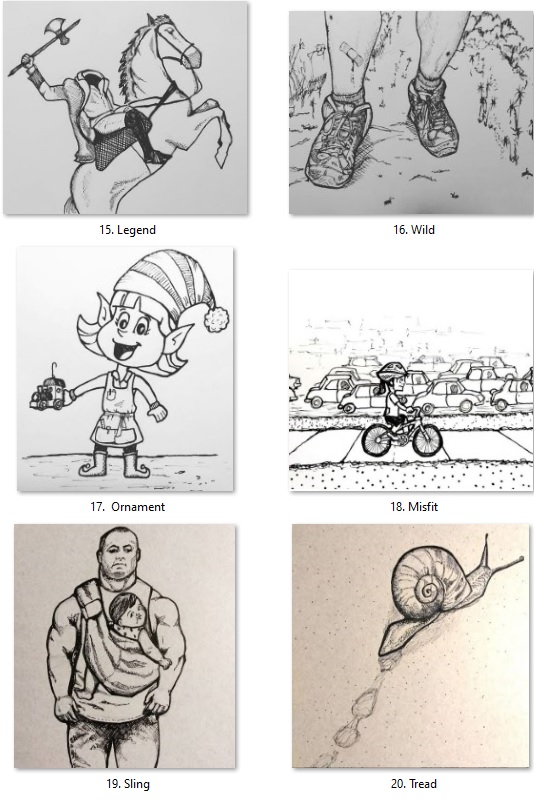 So sorry to hear about your friend. Sounds like she was a special lady. You are really humming along with your Inktober pieces. Nice work! I could never keep up that kind of pace when it comes to art. I'm so dern slow.

Well, I like Jeanie's spirit!! And I understand her comment about ready to go. I sincerely get that.

Do you think they do the low salt for a reason?
geez, salt enhances flavor, not a ton of it, but you need salt even in baking. Another reason I won't be able to live in a facility like this, I'd want to get in the kitchen. :-)

Clamco, thanks. I bet you could "rock" a Rocktober!

Peggy, yes, salt is a necessary electrolyte, but I'm pretty sure the senior food is no-salt for dietary reasons of the clientele. It was really noticeable. We had a salt shaker on the table, but I think it was a lifeless prop. I shook it like a Polaroid picture and got no satisfaction! IF you or I ever end up in such a place, we'll need a dealer.

Your friend looked so sweet and endearing - I am sorry for your loss.

Chatty, thanks. She really was a lovely person inside and out.

She is a lovely lady I am sure! I hope when my time comes I am at peace with at as well. What a beautiful way to go...peaceful and ready. Hugs Abby!

Wow! I had lots to catch up on, but that’s the way I like it. :)
Always fun to see your drawings. Are any of those you posted Wolfgang’s?
I’ve never had a tooth pulled, so I’ve never thought twice about getting water in your nose, or worse, having snot drip into your mouth. You poor thing! Glad to hear you’re on the mend...
And sorry to hear about Jeanie. Sounds like she had a nice, long life. I hope I’m as active and witty as she was, and as wiling to “go”. That’s when you know you’ve had a good life. 👌

Ann, you're right. She was in a good place at the end, and went peacefully at home in her sleep.

SR300, I haven't posted any of Wolfgang's inktobers here. Maybe when it's all said and done?
I'd never had a tooth extraction either (wisdom teeth fit fine in my big mouth). Like losing a baby tooth, right? HA! not. It's making good strides, though.
Jeanie was one of a kind and a sweetheart. We heard she'd passed and thought, wow, she did it!

I'm sorry for your loss too. I do love all your drawings. I think you should illustrate a kids book. Number 18 has all the makings of an excellent story!

Your drawings made me think the same thought as Joe - your art has "I need to be in a book" written all over it, no pun intended. Nice tribute to Jeanie. It's an odd feeling to think of being "ready to go" as she was.