"Well... that was confusing"

We got the family together yesterday to celebrate Wolfgang's birthday from earlier this month. The above quote was his greeting as he came in the door.  In fact, each of the guys admitted to troubles in arriving at our house.

I guess we should've told them we just had the exterior of the house painted.  Looky! 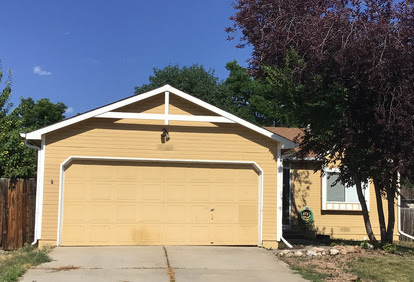 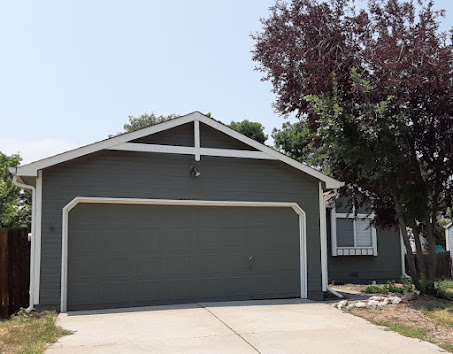 We hired a pro with excellent google reviews, and I'm happy with how it turned out.  It even feels like the house is preening a bit.  The body shade is called "Night Owl".  I don't know what the old color was called.  Old Mustard?  Chicken-gone-bad?  What-did-the-baby-eat?  Suffice to say I was not a fan of the old color or its fadedness.

I've mentioned that the home we bought last March, right on the cusp of pandemic lockdown, had been a rental for many years.  As such, it's needed some TLC, and we've been chipping away.  It could use some interior paint as well, and I'll tackle that task once we decide on colors.  Right now, EVERY wall in the house is the same color - probably named "Landlord White".

So yeah, we had a nice little get together for Wolfgang.  He suggested Korean BBQ, which was fun.  We ordered a pile of raw meat and things (it had a more formal name on the menu) and grilled  right there at our table.  Sizzlin' good time.

And speaking of sizzlin', I started using the all gender bathroom when I get to work since it accommodates one person at a time, and I like to clean up a bit after riding my bike in.  I learned it has a heated bidet.  Not only is the water warm, but the seat is also heated.  Seems fancy!

But it's summer!  It's hot!  About the last thing I want to do after riding in to work is sit on anything heated.  Just, nooooooo!

Other than that, it's quite nice.  Enough whining.

I like the new color of your house! Looks great! LOL, we bought a rental house 5 years ago and we have "Landlord White" in all our rooms too. It needs to be painted, but 5 years later we haven't done it yet. We'll get around to it sometime soon I imagine :)

A heated bidet! Wow, in winter I think that would be so cool but I agree, not in the heat of summer!

HAHAHAA What did the baby eat- , yeah that is about accurate. Beautiful new color and now I want to have our house painted again. I love the owl color! I want you to be the person to name all of the colors at the paint store !

Betty, our "Landlord White" walls don't even have anything hanging on them after nearly 2 years. Someday...

Linda Sue, I had a tough time deciding on a color and used the name as my final selection criteria. Who DOES the naming, anyway?