one of the good ones

I didn't really know Jackie that well until we were in high school.  She was from a large family, and I knew her sister, Laverne, better as she and I were in the same grade.  Jackie was a year older.  My boyfriend and Jackie's boyfriend, Andrew, were good friends with each other, though, so the four of us would sometimes hang out.

She was sweet and sort of quiet back then.  She doted on her boyfriend, and never seemed to have anything bad to say about anyone.  She was mature and responsible for her age.  I think growing up in a large family often does that.

We grew up and moved on, left those boyfriends behind.  Jackie and I reconnected several years ago through facebook, and I was impressed by her travel adventures and her good looking, successful family.  I always knew she'd be a good wife, mom, aunt, grandma... such a large family!  She earned accolades through her many years of government work as well.
There are several friends from high school I've no qualms about losing touch with.  But I was glad to still be friends with Jackie and Laverne, even if just through facebook.  Jackie had remained her sweet self, but added some sassy!
So I was a bit frightened when Laverne shared that she and her husband had tested positive for COVID a few weeks ago.  Thankfully, they both weathered it, and she was so grateful.  Whew. 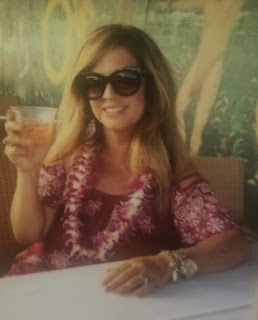 Then... a few days ago, Laverne shared that Jackie was sick with COVID.  She was in the ICU on a ventilator.
Jackie passed away yesterday.
RIP, sweet Jackie.  You will be greatly missed by so many.

Oh Abby I am so very sorry for this loss.
Warm ((Hugs))

Peggy, thanks. I actually felt the warmth :)

You know, I complain every day about how tired I am of this pandemic, and then I’m reminded of why we’re doing what we’re doing. I’ve known lots of people who have tested positive, even in my own family, but luckily their symptoms were minimal. I also know people who haven’t been as lucky, and it’s heartbreaking. I’m so sorry to hear about your friend. Makes it all hit closer to home when you know someone who’s lost their life, doesn’t it?
Hope you all continue to stay safe and healthy, especially during the holidays.
And yes, 2020 is the worst number yet.

SR300, it's weird how some people just feel icky for a few days then are fine, but others... not so much. Thanks, and stay safe and healthy!