a babe in the woods 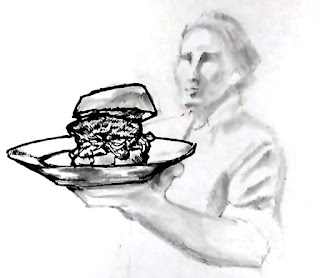 When I was a little kid, I used to often draw.  I can remember pretending to be a waitress and taking "orders" from family members who would play along.  Then I'd draw their meal.  This was quite a long time ago, I was single-digits years old, but all I remember drawing were hamburgers.  My customers probably knew better than to order anything else.

This week's #inktober52 prompt is "dinner".  I sketched another hamburger.

And if that isn't exciting enough... I was out walking some errands today when I came upon a domestic CAT!  Out in the WILD!

Recall that the county where we currently live does not allow cats to be out roaming around away from the owner's property.  Our own cat is still pissed at us, but too bad.  Rules is rules.  So, such a sighting is rare!  Might as well have been Sasquatch! 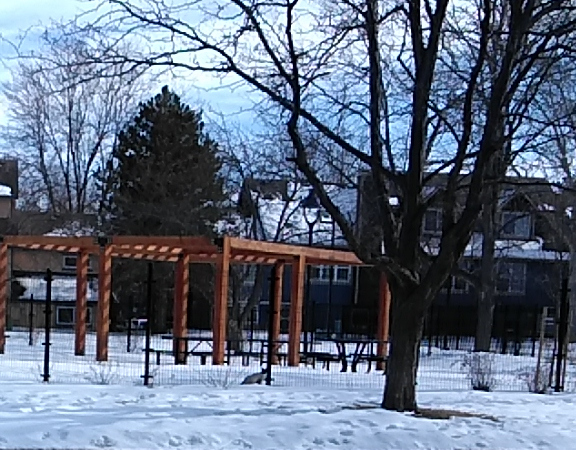 He/she was very pretty, and my grainy phone pic does not do justice.  Or maybe it was just the rarity of such a sighting that made him seem so majestic.  Not only was there a cat out and about, but it was out and about amid (among?) a bunch of snow.

You are funny - I am glad that you are keeping your kitty inside - whether she is mad at you or not!

How can you not like a burger and a rebellious cat?

Love the burger. I think it's a hoot that you did this as a child - only burgers though. I am not artistic so my drawing would have looked like spaghetti even if it were a burger.

I love cats out and about in the wild! I just like cats. They are so pretty! Love your drawings! They are so good!

I'm surprised your county has an ordinance against outdoor cats. Especially seeing as it's near impossible to restrain them once they get outside. As evidenced by the rebels you see.

We have 2 that are strictly indoor cats but one of our neighbors has 7 and most of them are of the indoor/outdoor variety. It's hilarious watching our indoor cats go nuts when the neighbor cats come hang out in our yard to tease them.

Sandie, I prefer the cat inside, but understand his instinct to eat fresh bloody things.

Joey, it was a well balanced day

Peggy, yeah, I mainly remember ever drawing hamburgers. Maybe they ordered other things and I just drew what I wanted.

Brian, we didn't know of the ordinance before we moved here, and it's strange to not see cats out roaming around being catty. The idea of letting a cat outside as long as it stays on your property - HAHAHAHAHA!