We had that rite of spring thing known as Prom yesterday.  Meego and a few friends made arrangements and allowed the has beens parents to snag a few photos before they headed out.  It was a beautiful day for it, unlike last year, which featured snow, rain, freezing temperatures and blustery winds. 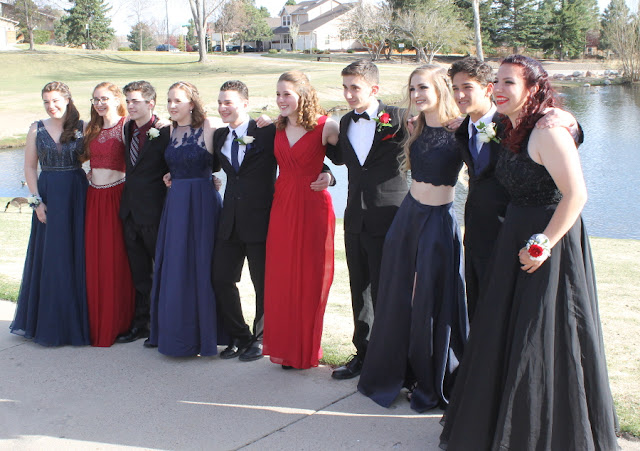 I'm assuming they had a good time.  Not surprisingly, Meego has yet to crawl out of bed.  Either way, they all looked marvelous. 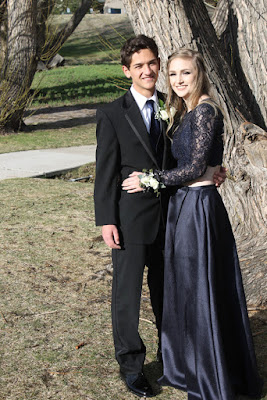 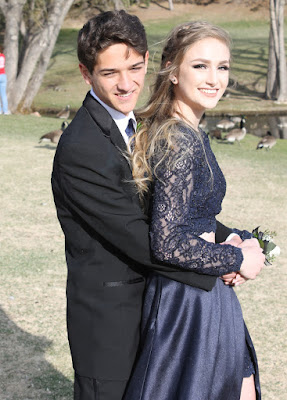 I'm not sure what this discussion was however... 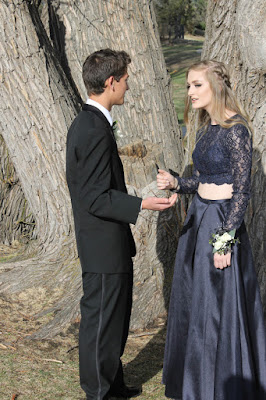 The school organizes an After Prom - something that's become popular as a result of our generation's reputation of boozing and sexing activities after the dance was done.  After Prom features bowling, laser tag, casino tables, other games, raffles, door prizes, food, no sex, and beverages of the non-alcoholic kind.  It's a bargain at $10 a person.

I, for one, am glad that After Prom is a thing, although I did not volunteer to chaperone that graveyard shift.  I thought about it for a good 10 minutes or so though.

I realize I have it pretty easy having all sons.  Sara's mom told me how she was going to drop Sara off at one of the other girls' homes where they would all get ready, beginning 3 hours prior to the photo-taking.  In Meego's case, I tapped my watch at about 45 minutes 'til, saying, "Better tux up".

Such is the way it goes.  After putting up with all the picture taking, Annie - girl in red and glasses - announced, "The hanger thing on my skirt is up my ass".  Annie, incidentally, was the girl on the floor I mentioned a few posts ago.  Girl cannot catch a break!

Chuckling about the Sears catalog comment. They're all lovely. Oh to be young and stupid! Well, maybe that isn't fair, but I'm sure I was stupid back when. With age, wisdom, right? Congrats to Holly. Pat yourself on the back for helping a worthy girl.

I assuming it was a metal hanger up her arse, that wouldn't be fun.

Yes I know ALL about girls getting ready for proms, parties etc. My daughters would start getting ready hours before they went out. What they were doing I have no idea, and I really don't want to know, but the bathroom was never the same again.

I actually meant to say "I'm assuming it wasn't a metal hanger". Geez.

I was stupid when young. Hopefully wiser now in old age.
Thanks, I'm thrilled for Holly!

Gosh, I hope it wasn't metal!
Ugh, the bathroom - I can only imagine. I think I can honestly say I've never spent three hours getting ready for anything. And it shows.

I remember last year’s prom. They look much warmer this time around.
I was also quite thankful for the after prom party when my kids were in school, and even more thankful they were okay going. I’m not sure my classmates would have been interested in a non-drinking, non-sexing party.
Poor red dress, glasses girl. She really can’t catch a break. Wonder how her after party went...

Yeah, things were different in "our day". I didn't hear anything about anyone laying on the ground and being stepped over at Prom or After.