Yesterday, there was a meeting at work.  Since I'm a noob, it was my first meeting at work.  I'm told they happen every quarter or so. It was a pretty laid back meeting featuring some business talk and some awards.  And, being the time of year that it is, there was the inevitable ugly sweater contest.

Where are those sweaters the whole rest of the year?  The thought, to me, is uglier than the sweaters.

As confessed a few times on the blog, I'm a minimalist.  I don't like "stuff" that serves little or no purpose, such as a sweater worn for a few hours or less, once a year.  A lot of the stuff in our house is only there so as to not scar our children by my getting rid of it, although I've probably already created little scars during the times I couldn't stand it. 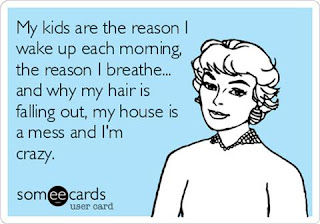 In fact, I've told our kids not to get me stuff - for Christmas, for birthdays, for Mother's Day... They all too readily comply.

Truth be told, I wouldn't mind learning that they gave it some thought.  I just don't want "stuff".

A Gift Guide for the Minimalist in Your Life

1.  The first category that comes to mind is Consumable Items.

And although a minimalist's gotta eat, there are non-food consumables too.  Ferzample:


2.  Another category is the Experience category.  Being a minimalist doesn't mean sitting in a cave!

But seriously, don't get ME anything!

Linking up with MamaKat this week for the prompt:
3. Create a gift guide.

I like a certain amount of stuff but not much. But I have noticed that my house is much less welcoming than say my brother-in-law's house, because they have stuff and I don't. I dunno it looks cosier. Mine looks a bit bleak.

I like the tickets to your favorite sporting event, the daughter has gotten me tickets to a NASCAR race the last two years, I liked those so much if by chance she doesn't get them for me this year I'm going to have to treat myself.

Haven't you shown us some of the interior of your home? It doesn't look bleak to me. Makes me wonder about your BIL's house o' stuff.

NASCAR tickets are a wonderful gift for you and show how well your daughter knows you! Or would you rather have the cologne gift pack?

I love the meme from the Royals game!
I am like you, there are not many material possessions I am wanting for. I like useable things also and experiences. :)

I read where the current trend is moving away from material things and toward experiential things. Gets my vote.
Those Royals fans are a hoot! And the big dude's bedroom eyes are working for him, amIright?!

I can handle the way I smell but can't always come by NASCAR tickets, so I'll skip the cologne gift pack. I have to agree the daughter knows me pretty well.

Ok. This is the third time I’m writing this comment, and if you’re reading it for the third time I’m sorry. But I think I figured out why they’re not posting. So here we go again... in a much shorter version because I’m kinda tired of writing it...
Liked the Royals meme, LOVED the weightlifting meme, and I’d take a usable gift or experience gift over any material “stuff”.
Now fingers crossed that this will post!

I'm horrified by the weightlifting, which didn't stop me from watching it, and the jiggling belly, several times. I hope she's alright. I like your gift ideas, and you'll know I need ideas if you read my blog this week. As we get older, I think we've acquired most of the stuff we wanted? I have never been asked to wear an ugly sweater, though sometimes required to wear red or green.

This is the first time I'm seeing your comment, so I must have a discussion with management. Unless it's your fault ;)

I'm thinking weightlifter lady injured SOMEthing with that move. And I was wondering if jiggling belly man kept it up, would he get that hoody off without using his hands?
Gonna go check out your "shopping"!

These are such good gift ideas even for non-minimalists! I feel like my house is bursting at the seams with stuff. It's suffocating!

Weird how that stuff can take over!