Had us another snowday today.  I apologize for going all weather channel, but there's not much else to blog at the moment.  As consolation, I will forego the snow selfie.

Last night, the weatherman said, "half-inch to inch-and-a-half" for expected accumulations. Boy, was he wrong.  Oh well, Meego got a day off school so took advantage by sleeping in.  He actually would have preferred to have gone in since it's finals week.  He could've had two done by now.

And my Christmas party was scheduled for tonight, but we decided to cancel.  This after I knocked myself out getting a good gift for the swap.  Plus, I was going to make my world-famous vegetarian fried rice for the potluck.  Well, I guess I didn't exactly knock myself out getting that "plush velvet throw", and my veggie fried rice is not even a little famous, let alone world famous.  But I was prepped for a party.

But all is not lost.  We're planning to "stretch" Christmas and do the swap in January.  And I made the fried rice anyway - the "manly", meaty home version.

Meego had an orthodontist appointment, so that provided us with a winter adventure.  My car is a reliable little putster and does okay in the snow as long as it isn't deep.  It has little tires and not much ground clearance, but handled herself quite well with just a few suspenseful moments.

As we were sitting at a stoplight on the way home, this Smart Car came crossing through the intersection at maximum speed (probably about 50 m.p.h.).  The driver seemed to be wanting to get as much momentum as he could before tackling a hill, decently mucked up with snow.

He  hit that muck pile, and it was all quite impressive.  We watched in awe as he Tokyo drifted his way up that hill through the mass of deep, slippery snow.  At times, he was nearly perpendicular to his direction of travel!  Just when we thought he'd lost the fight, that little Smart Car gave a final gasping push to the crest of the hill, and they continued on to capture the next one.  It was the Little Smart Car that could!

We're guessing it was some kid with a day off school out joyriding in the snow with Dad's Smart Car.  Looked quite fun actually, can't say that I blame him.

So today's highlights included doing lots of shoveling and gaining newfound respect for the Smart Car.  All while wearing multiple layers. Can it be summer now? 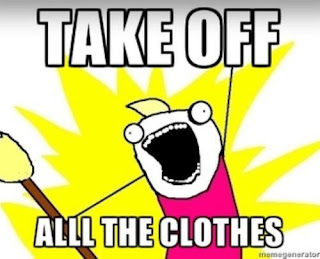 I have a newfound respect for Smart cars. I always refer to them as dumb cars, but maybe I was wrong. I would have loved to seen the Tokyo-drifting. All good as long as no one was injured in the process, I guess!

There's a Smart car I see regularly on my way into work. Has a personalized plate that says, "Alec." Guess the owners at least aren't so dumb!

Their gas mileage really isn't that great. And since I mainly use a car for hauling cargo/people or for going long distances, this wouldn't be a choice for me. But it was impressive as well as entertaining to watch that little guy chug up that snowbound hill!