Sheriff's department just had a press conference.  Here are the latest sad numbers:

So this fire has now nudged last year's out as worst in Colorado history.  One of my tutee moms told me they were safe, staying with family, but didn't know the status of their house.  Later, the sheriff's department released a list of addresses with two columns:  "Total Loss" and "Not Affected".  My friend's home made the "Not Affected" column, but she couldn't find any of her neighbors, so didn't know what to think.  At that time, there were about 70 homes verified as "Total Loss".

I heard from another tutee family yesterday afternoon.  Dad texted me:  "We're sitting in evacuation traffic". Their son, who is my student, is away working as a camp counselor.  "He's missing all the excitement".

Here's a map of the latest evacuation area, which keeps growing.  See me?  In blue?  Down in Briargate? 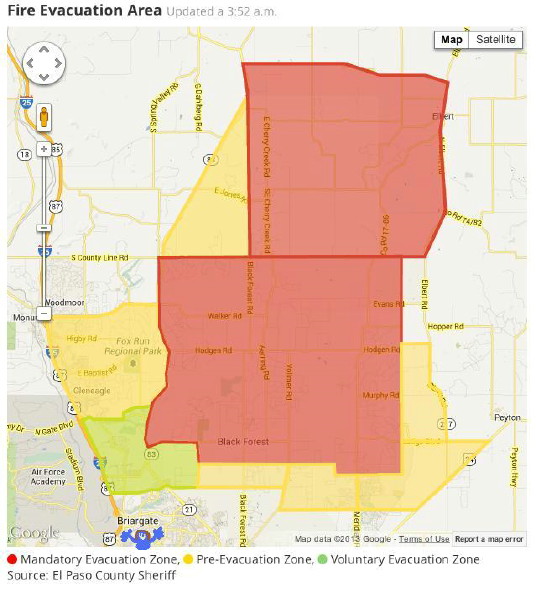 I feel like I should be in a bit of a panic, but I'm just not.  It's more frustration than anything.  Wolfgang kinda said the same thing last night.  We were coming home from a grocery run when I mentioned not feeling as panicked as I did during last year's fire and that maybe it's because we've been through this before.  He said, "I don't feel panicked either.  I just think it sucks.  I mean, it's Black Forest."

This fire is different from last year, though, in that it's more accessible to the firefighters.  Last year's was in a canyon, then jumped the ridge and roared down the mountain.  Black Forest is a relatively flat area with lots of road access.  The many aircraft are able to get in and out relatively easily and to make better targeted drops.

There is even an awesome DC10 tanker jet.  It's quite something to see a large jet fighting a fire. 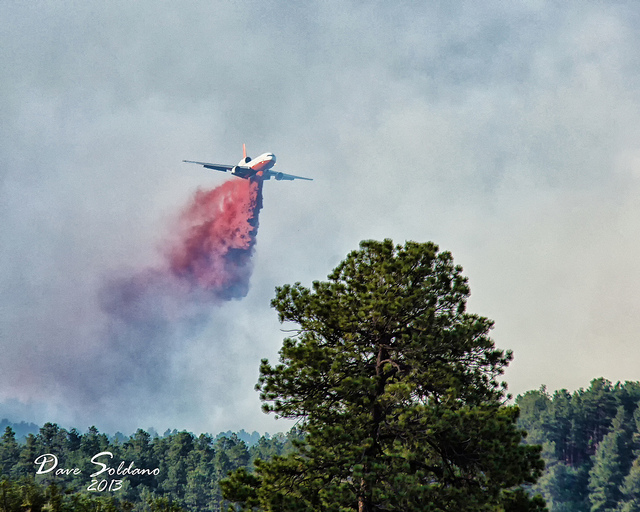 So those are the "good" aspects of this fire.  All that flat accessibility, however, also makes for the bad.  Because of all that wide open space and fuel, the fire jumps around to, literally, wherever the wind takes it.  Yesterday, it split off in two directions.  Today's weather forecast doesn't promise much help.  The fire is still at 0% containment

But I don't want to be all glum.  As always, there are silver linings.  People offering their homes to evacuees and their pets, offering horse trailers and such to move large animals, offering their time and money to do what they can to help in whatever way, getting the word out to reunite families with scared animals that ran away, etc.

As much as I sometimes make fun of facebook and twitter, they are an excellent way to get information out quickly.  And here's something from the local humane society that just popped up in my news feed: 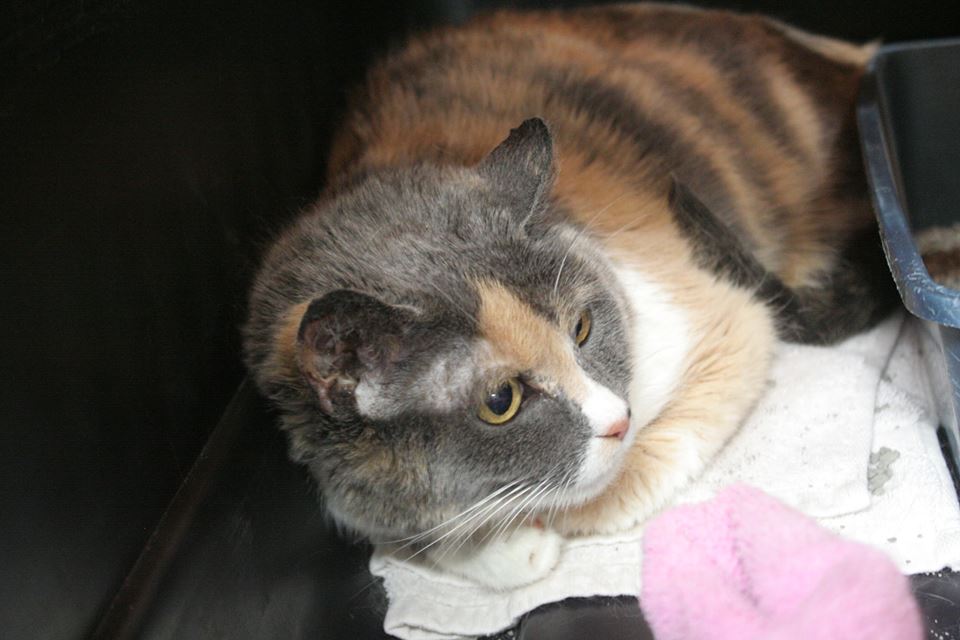 "We had to leave one of our cats behind when we evacuated Tuesday. She was hiding and we ran out of time. I just found out that you were able to go in and find her and she is safe. I am more grateful than I can ever adequately express."

There have been many stories like this each day.

So I'm thankful for the firefighters and the support organizations.  I'm thankful that I have the means and the time to help out too.  And I'm thankful for my blog friends!  I really think the blog juju is working.  Really, things could be worse!
.
Posted by Abby at 10:13 AM

That is inspiring to read about how others are reaching out to those in need. I'm sure the reason you don't feel panicked, is because deep down you know that you are going to be safe.

And I thought your Waldo Canyon fire last year was bad. It is heartbreaking to see that many families lose their homes so quickly. But, even in the depths of all that devastation and turmoil, it is good to hear how people are helping each other out. Good that you are prepared. We'll keep doing a rain dance and sending loads of blog juju your way.

Finally saw the long version on the news this evening. I thought about you and your family. Prayers and juju for staying "blue."

I just can't even imagine. It's truly inspiring to see how people come together to help each other out when the worst happens. I'll get my groove on and do a rain dance today and am also sending all the juju I can.

Hm, wondering when someone will think of converting a few B52s into firefighters?

Good luck to you all!

I can't imagine what it must be like to lose your home to a fire. It must change your whole perspective on what's important in life.