Snow is falling gently outside my window as I sit in my comfy place.  It's nice to not have to be out driving.

Yesterday, Wolfgang's PS&E (practical science and engineering) class successfully launched a weather balloon and package.  Fourth time was a charm as the momentous event had been postponed from three previous dates.  Once, apparently there was a major helium shortage.  Another time, the weather was crap.  I don't remember what scrubbed the third try, but yesterday was a hit. 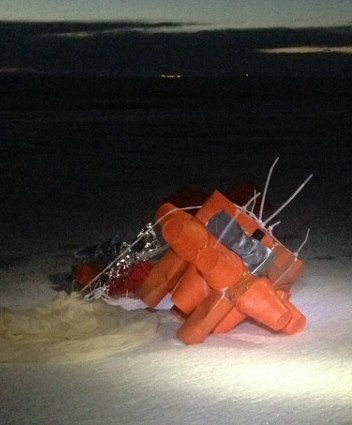 The payload was a video camera and a camera for still pics to record the journey.  It also had a GPS unit so they could know where the thing landed and hopefully retrieve the goods.  The kids designed and built the capsule, which was mainly cardboard, duct tape, plastic cups, and RedBull (it gives you wings) cans.

When thinking of all the things that could go wrong, it's a happy thing to have it all work out.  I don't yet know the specific data like how long it was up and how high it got.  It made it's way halfway to Kansas before landing in Middle of Nowhere, Colorado.


Wolfgang had the honor of releasing the balloon, probably since he had the hand-cramping honor of holding onto the neck of it during the entire prep time.  Here is one of the image results.  Since they were in Middle of Nowhere, Colorado, there was no Wi-Fi, and one of the teacher retrievers just took a cell phone pic of the laptop screen: 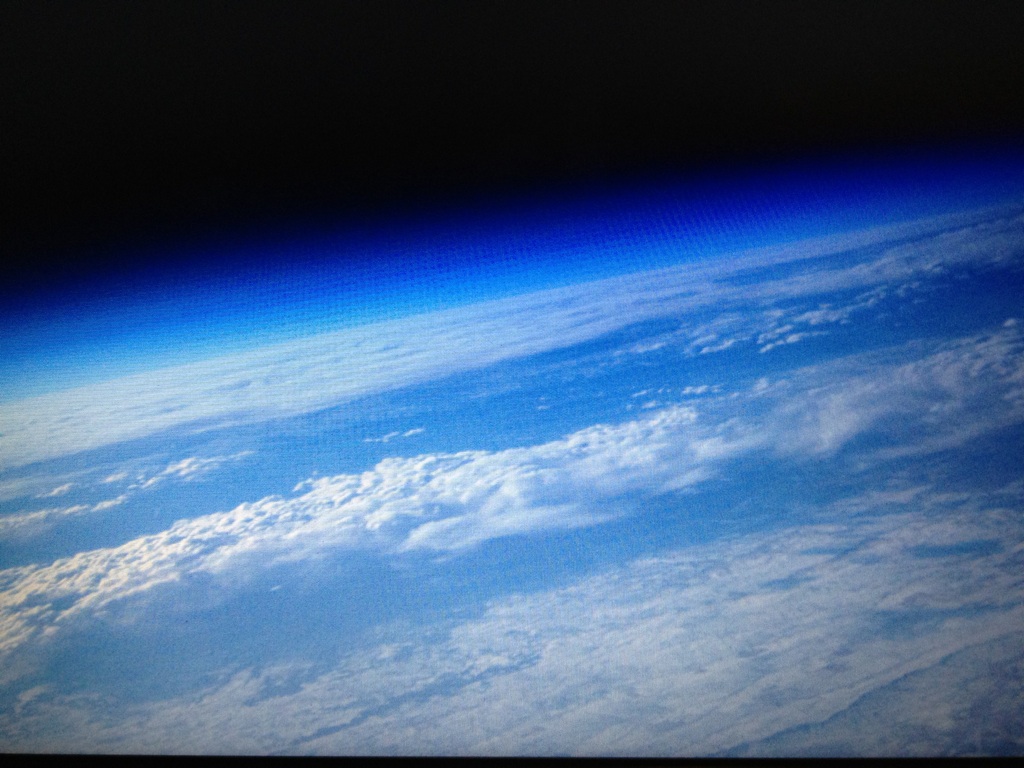 I made a [video] of the launch, which you should really go watch.  There is another video which is the [Cutest Video Ever] involving a weather balloon, but that video has over 4 million views as I type.  [My video] has seven, and at least one of them is me.  [Cute video] guy was invited to be on Katie Curic's show.  I was not (yet).  However, [my video] includes an official goose flyover.  [Cute video] does not.  There are people in [my video] whom you know.  There are none in [cute video]...   unless you do happen to know that guy.

In which case, you now have cool friends in two different weather balloon videos.

You are right. That is one cute video. Your video is now at 15 views, just so ya know. AND it has one like! ;)
What an awesome project for the kids! Mario's 8th grade class launched self-made rockets. Some made it as high as the roof. lol
Glad you don't have to commute in your snow. Are you guys on track for a wet summer??

16 views. :-)
Both are cute videos, although I was waiting for Thomas the Train to actually holler "HEY! I'M OVER HERE!!" after landing.

It's things like this that make me wish I could go back to school. The amazing things to learn and test and prove! Wish I had the time to get really absorbed in that again (and really appreciate it.)

The cute video is super cute. I wonder how much convincing it took Dad to convince Son that his favorite train would definitely be back.

It's a fun project for them. Looks so lonely up there from that photo.

Right, the rocket launches! Always fun to watch everybody scramble for cover when one blows over at the crucial moment!
I hope we have a wet summer, but am not banking on it.

Or maybe, "Barf bag, BARF BAG!!" during that descent. He DOES talk.

You could always be a teacher :)

We wondered that too - what if the fave toy didn't make it back? I bet Dad would've gone out and bought another one, scratched it up a bit, and put it in the cornfield!

Great video and great project. I used to do model rocketry projects like that, just not as high. I am glad to see the kids actively involved in such experiments. It is those experiences that bring memories that last far beyond the lesson plan.

Brilliant! That is a great photo!

What a beautiful photo. I really love your "whisper" too. Really a great way of looking at it in a different way. Nice job!

Yes, it's good to get out of the classroom with stuff like this. I know I had fun!

I'm anxious to see the video and other photos too!

We should all take the opportunities to be kids again, and to learn something while we're at it.