we finally got snow, real snow!  As much as I've enjoyed the warm bike-riding conditions and NOT freezing my buns off at the crosswalk, we did need the snow.  November was so dry.  Plus, we as a state depend greatly on snow for the all important tourist dollar.  Not to mention the all important spring runoff.  So YAY for snow!  Oh, and it's real pretty too.

This was another positive week, striking a nice balance between work and play.  Yesterday as we were boosting the economy at the car dealership, I texted Chaco:

"We're trading the Subaru today.  You probably won't like it"

He was also not a fan of the Element.  One of my selling points to Magnum was that Chaco wouldn't like it, so how fun to get one!

Later, I e-mailed a photo of our purchase to Chaco.  He replied: 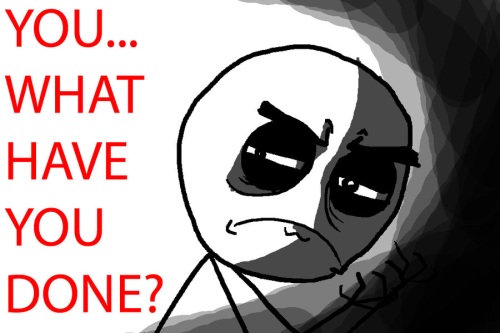 It's proving to be a fine choice, however.  As mentioned, one reason we chose it was because we could haul our bicycles.  We weren't sure if we could get all five in, but we went for it.  Magnum tried out the theory today and easily got three bikes in without even removing the back seats all the way.  We're pretty sure we can get in 2 more bikes, no problem.


Until now, when we've wanted to do an all-family bike ride somewhere other than out our front door, we've had to haul the bicycles in our 5' x 8' covered cargo trailer.  Then there's the matter of parking.  I figured, with the Element, we can sell the trailer - another selling point! 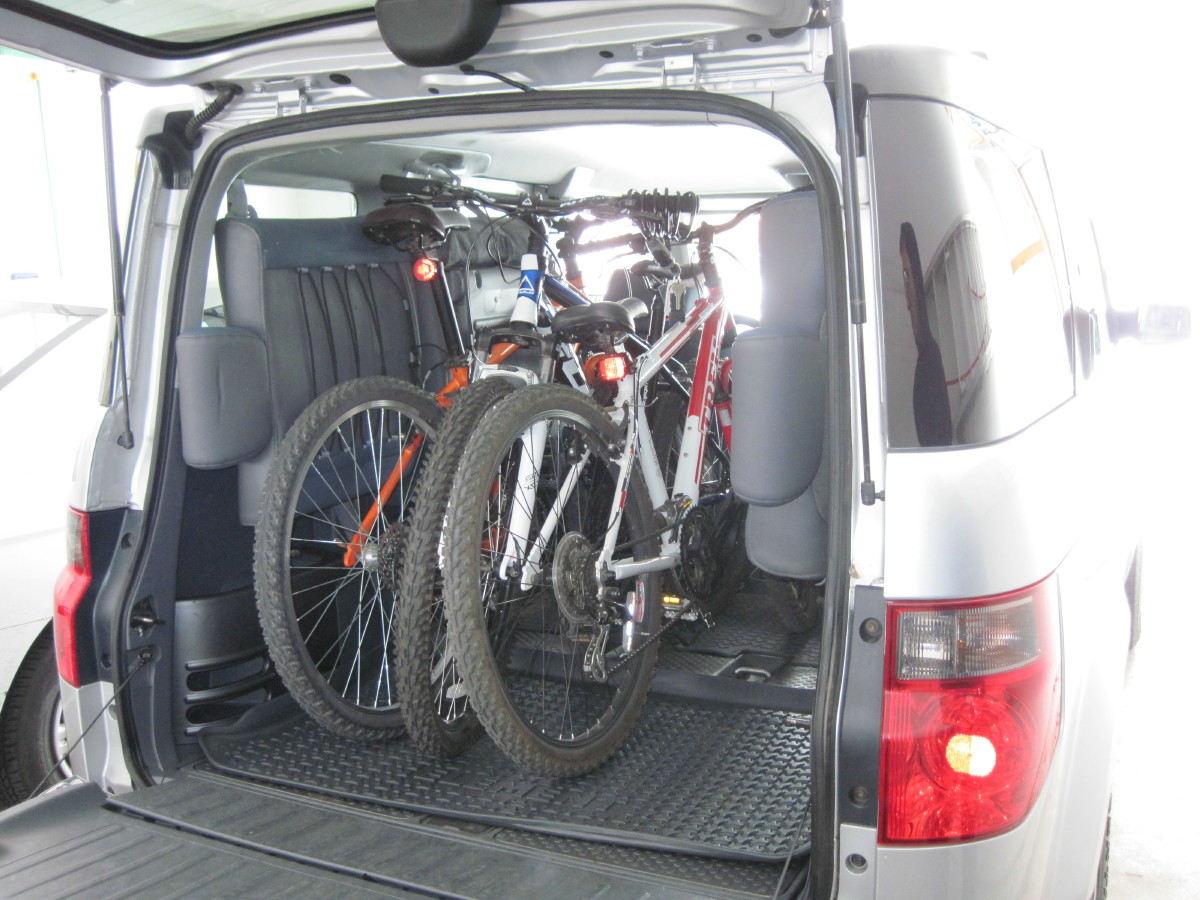 Maybe if I show these to Chaco, it'll cheer him somewhat.  Or maybe I'll just let him wallow a while.

Anyone need a 5' x 8' covered cargo trailer in lovely condition?  Say you saw it here and get the AbbyNormal discount!  Thing is... you'll have to come to my house to get it.
.
Posted by Abby at 1:16 PM

Can I just come to Colorado and NOT get the trailer??
I'm guessin' as soon as Chaco gets to know Ellie Mae, he will be as enamored as you all are. Does he KNOW about the hosing down part? I mean, that's the coolest thing EVER.

Colorado and I welcome you anytime. You don't have to get a trailer, you don't have to play in the snow!
Gotta love hoseability, right?? Mud, spilled drinks, dog barf... where has this been all my life?!

Three bikes down, 2 to go. Gonna be tight!
And if you get all 5 in, where do their riders travel? Doh!

Isn't it fun to see the snow again? (Although, ours is STILL falling. I think we've easily doubled the amount of snowfall that was predicted.)

I'm amazed how your new vehicle went from nothing but a topic of conversation to being a reality in such a short time. Clearly it was a case of love at first sight!

Wait, but if all five bikes are there, where do the kids sit?

I like the pattern, but like Larz said, where do the kids sit? Give Chaco time, he'll come around. Seems like Ellie Mae is a good fit.

I LIKE that car - it looks great! And it clearly does what is needed too - not a car that looks scared of breaking a nail!

I was wondering about that, too. But, at least you've got the important thing done! :)