on a side note


I recently heard of a divorce rate statistic of 80%  for Asperger marriages, but am unsure of the source.  Geesh, that's high!  Again, I don't know how accurate that is, but I want to blog a bit about Asperger Syndrome and how Magnum fits in that general scheme of things.

I'm no professional, but from what I've learned about Asperger's, I would say Magnum has medium-to-mild Aspergers as I've seen and heard of others who have more troubles than he does.

There are those with Aspergers who struggle so much to "fit in", and they never really settle into a comfortable job or profession.  On the flip side, there are those who develop careers based on their circumscribed interests.  Magnum's personality and interests combine nicely for an engineer.

So although I noticed early on that he struggled a bit socially, Magnum's struggles don't overwhelm him as they do others with Asperger's.  He's also developed appropriate coping skills, and his differences don't immediately send people to point to the autism spectrum.

While I wouldn't recommend marrying an Aspie man to everyone, let me count the ways of the positives for Mag and me - all of which result from his having Asperger's 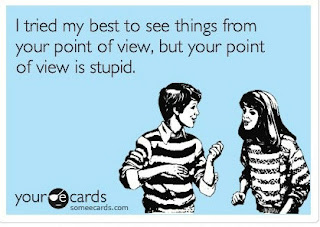 He's (brutally) honest.  His "lying" mainly consists of the coping I mentioned earlier. 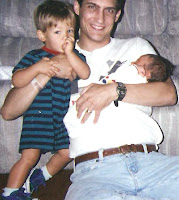 And besides, who's to say that I'm so "normal"?

One of my niece's is on the AS spectrum. She is socially inappropriate, speaks strangely and can't get a job, although she's quite bright. She's 23 and lives at home with her parents with no hope of a "normal" future. I just hope one day some one will see past her illness and just see her. :)

Aw, that must be frustrating for her and her parents. Sweet sentiments from Uncle Joe.

Sometimes I think it's ironic how many things have been labeled as some sort of affliction. Magnum has been labeled with a condition, but from what you describe, his issues just seem to be a part of his personality.

Yep, I think his is a milder case. That's probably a good part of why we're in the (supposed) 20%.
I don't know how the specialists determine where autism ends and Asperger's starts and then where Asperger's ends and NT starts. But we were pretty positive he had AS before we got the official diagnosis. These few blog posts are just the Cliff Notes version :P

How awesome that the things you love about him are because of his Asperger's. And how awesome that you recognize that.
Marriage isn't easy anyway. It really takes patience and cooperation and learning to deal with your spouse's 'quirks' on a daily basis. Everyone has quirks, some just may have a few more than others. I, for one, have quite a few of them.
Great post, Abby. Thanks for sharing!

Really good to hear you and Magnum's marriage is going well :3 The way I see it as that I think 80% of marriages period fail regardless of a person's mental/medical health. It all depends on how much a spouse is willing to work with a relationship :3.

Glad that things are working well for you.

You clearly have a great relationship and accept each other's quirks as something to love and treasure rather than something that needs to be changed. For me this is vital if any relationship is to last.

Yes, everyone has quirks and I don't believe any long-standing marriage is without its troubles. Magnum's struggles involve dealing with PEOPLE, and most, if not all, of our troubles stem from that (since I'm a person). He's been a great teacher :)

Thanks, I love him best when he's being himself. Since he's so often heard otherwise, he doesn't always believe me.

I'm glad he has you. I was often criticized by my dad as a child, and made to feel like everything I did was wrong, and so I never had confidence in myself. I feel so fortunate to have found my hubby because he seems to love me, quirks and all, and has been very patient when I'm feeling down about myself. Who knows where I would be without him. So for that reason, I am so happy for Magnum that he has someone like you.

Well, they are! To us weird girls anyways.

I lost my train of thought when you winked and nudged me. Some things just outweigh other things... wink wink :)

So back to Asbergers... I'm learning a lot here; about it, but also about relationships and life and how we cope and how we make our own "normal."

I like the caption under your wedding photo. lol

I just went to look at mine. If you had a deeper tan and a few more years of age on you, I would have thought it was me in the photo. I had that same hair style, pulled up on one side, and the same type neck line on my dress. I might have to scan it and send it to you some day. :)

Meant to say, you all were so cute... and still are.

Aw thanks! And yes, do scan away :D

As a teacher, I was taught lots about Asperger's. I could understand the problems of people with AS. however, I tried to befriend a young woman whose mother was my friend. Eventually the young woman became violent, ripping apart my car because she did not like air vents blowing on her. She ruined all the vents and ripped out the mechanism on the door that controls windows and such. She drives but rear-ended four vehicles, swearing it was their fault because she did not know they were going to stop. She even rear-ended MY car. She lies and I have caught her stealing at Walmart. She thinks I owe her a free ride and she never offered to help with gas if she wanted to go somewhere. She hints everywhere to get free stuff and money!

She is capable of working and is very lonely. She does not want to work because she does not need money and 'would not like to work." She no longer has seizures, but she uses that as the reason she cannot work.

My experience with this person has been that the more tolerance I show, bad behavior I ignore, and patience that I have to drag up from inside mer, the worse she became. The fact that she was able to control herself until she knew me better seems to be evidence that she can show self-control.

I doubt that she could ever marry and have a relationship. I am glad your husband is different and has you.

Once she gets to know a person, she makes eye contact and can converse. She can seem as "normal' as anyone, and then the screaming and violence starts.