I'm not sure, but I think I've been remiss with the silver liningness posts. However, I do remember that I gave thanks for our slaughtered Thanksgiving turkey...

Either which way, let the resumption... uh... resume!

Firstly, we got a new internet service provider this week. The *bomb blast* is no more. I was able to actually attend all of my online classes this week without a glitch, yay. Said classes wrapped up at the end of the week. Big Test yesterday. 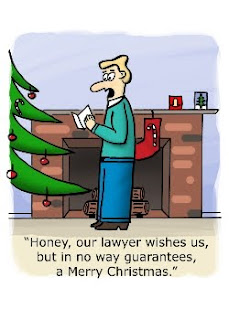 I'm thankful that it was an enjoyable class, despite the one-week of connectivity hell. One feature of these online classes is that two teachers are assigned as opposed to just one as in the "brick and mortar" classrooms. This was the first time I'd worked with this particular co-teacher, and we had a good time and hopefully made strides in leading the students to the promised land. This tag-team teaching approach helps me to be a better teacher.

In movie news, Magnum and I watched "Brothers". We'd seen the original Danish version a few months ago. This is a gritty, provocative story, and I typically like the original foreign versions of movies better than the Hollywood. In this case, however, I liked the Hollywood version better. Although it was difficult to see Spiderman as a Marine Captain, everything else worked nicely, and I thought the acting was exceptional, including the young girl who plays the oldest daughter. I felt the wife in the Danish version was kind of a ditzy space cadet, and I didn't particularly like her. Natalie Portman did a better job. It's not perfect, but I'll give it 4 grenades out of 5.

The clases de español continue, and I think I'm making progress. I can almost sometimes understand "Planeta Salvaje" on Telemundo.
.
Posted by Abby at 9:53 AM

I'm beginning to envy your at-home movie dates with your husband.
I'll have to think about whether or not I should try to fit it in my schedule. Seems like a relaxing thing to do.
Have a good week!
Until the next Silver Lining...

Glad to hear you got your internet issues resolved.

"Brothers" sounds like a good movie; one that I may be interested in seeing and one that I know for sure Mark would watch.

I didn't like the plot line, i took from Brothers preview, which, i've been told is not what the movies is about, but i don't like being mislead!!

I hope your new ISP works out for you! We got a notice that our budle deal is going up in price...but not too much so we will keep them.