A large and very furry dog has appeared at the next door neighbor's.  He's clearly not a puppy, so I'm guessing the neighbors are dog sitting, or maybe have adopted an older dog.  I googled, and I'm pretty sure he's a Great Pyrenees. 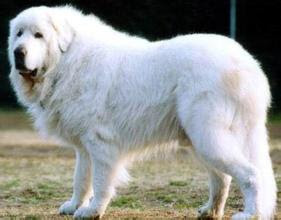 It's a rather hot day today, and I don't think he's happy judging by the amount of barking.  I'm uncomfortable just looking at him.  But maybe it's his change of living quarters that has him a bit unsettled.

We had brunch today with my Mother-in-law and her husband.  They are in the midst of selling their home in New Mexico and moving here to a Senior Living Community.  So we had a little tour of their new house and walked around the place and ate in the dining hall.

It was all very clean and comfortable, their new house is nice, staff people are friendly.  Plus, they'll be close to us now and also to Magnum's sister who lives here in town.  But I could sense a tone of resistant acceptance from both of them.  It's an admission of growing old and losing some independence.  A situation that is not temporary.

I'm reminded of my own parents' resistance to leaving their home.  In fact, I'd hoped they would move to the very place my in-laws are moving to, but they wouldn't even consider it.  Moving out of their house was about all they could accept.  Leaving town was not an option.

Watching my parents, I would think to myself, "Well, if/when my time comes to admit I can't do it all myself, I'll know and be okay with it", but it's probably easier said than done.

As we were strolling the area, my stepfather-in-law mentioned that residents need to be at least 55 years old to live there, and I was all, "Wait... what?"  Magnum will be 55 in a couple of months.

No way we're that close to being eligible to live in a Senior Living Community.  Seems like I was still a kid just yesterday! 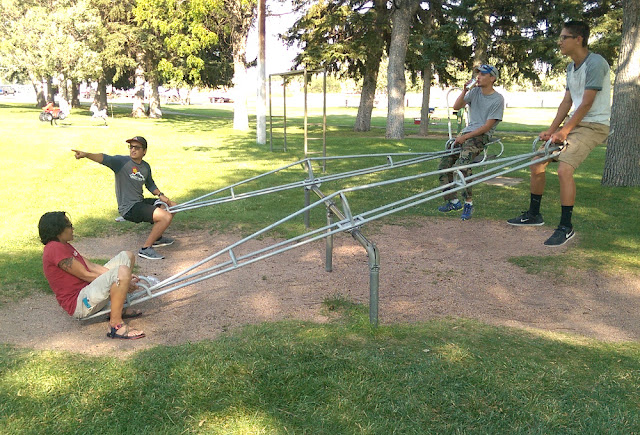 I understand that feeling 100%, it wont be but a few years and I'll be 60, right now Cindy and I both qualify for the 55+ communities, like you just yesterday it seems that I was just a kid. It's funny we go through our day and feel like the same person that we were when younger, then look in the mirror and wonder who that person is and how did that happen.

Aging and the stuff that goes with it are tough for some people to accept. But I suppose it beats the alternative.

Those are massive dogs. We had one stay at the hotel in St. Louis, and I couldn't believe they were traveling with him. Sheesh!
I certainly still feel like a kid. And act like it quite often as well. So when I think of my age, or my kids' ages, it blows my mind. I vote we raise the age of the "old folks" community to 65. Maybe by then we'll feel old?

That dog really is huge. It's funny, because they have a wiener dog over there too.
55 is way too young to be considered "Senior"! But I'll take any discounts offered...