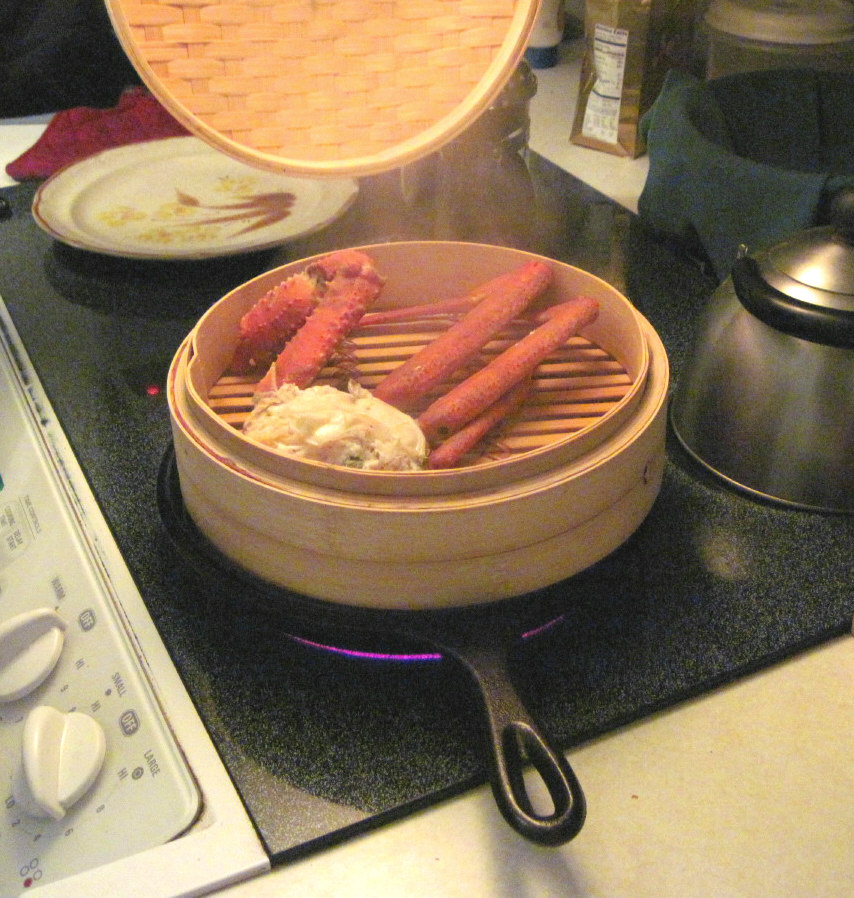 As is tradition - I'm not sure when it started - we had dead crustacean for New Year's Eats.   As the buttery slobbering commenced, I mentioned that I really should make crab legs more often, just not so often that they aren't special on New Year's.

There was general agreement.  "Okay, so when else?", I surveyed. 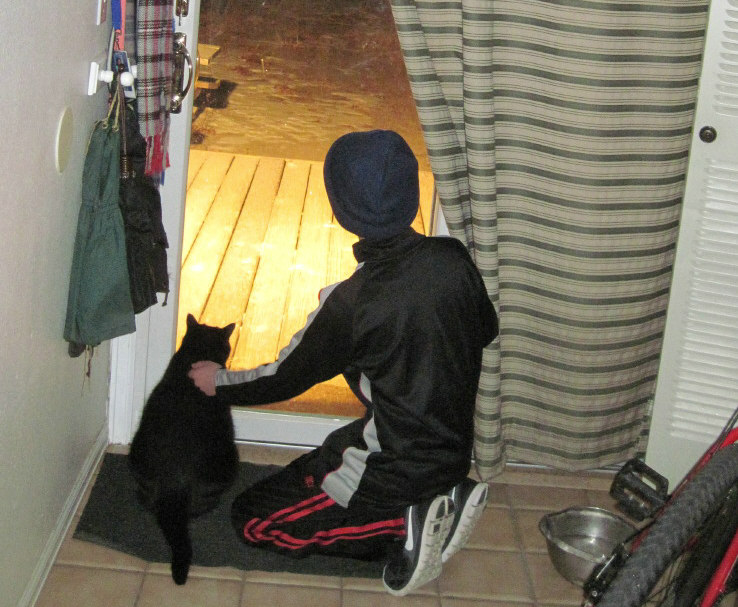 I didn't know if we'd be doing the midnight mile or not.  Chaco and Wolfgang in particular may have made other plans.  Everyone knows I'm up for it, though.

Since we were all holed up at home, we laced up the running shoes and waited for the magic hour.

Kat and Meego assessed the conditions as snow lightly fell close to midnight.  Kat chose not to run... 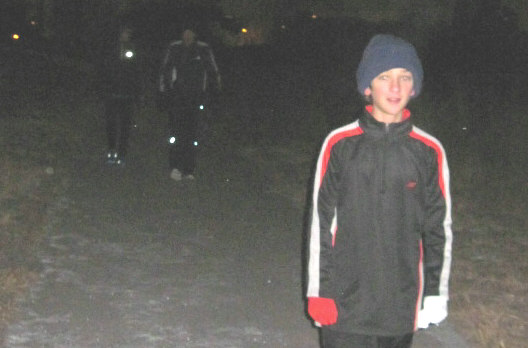 Temperatures were right around 20F - relatively balmy for our Midnight Mile, the clouds and snow blanketing us in "warmth". 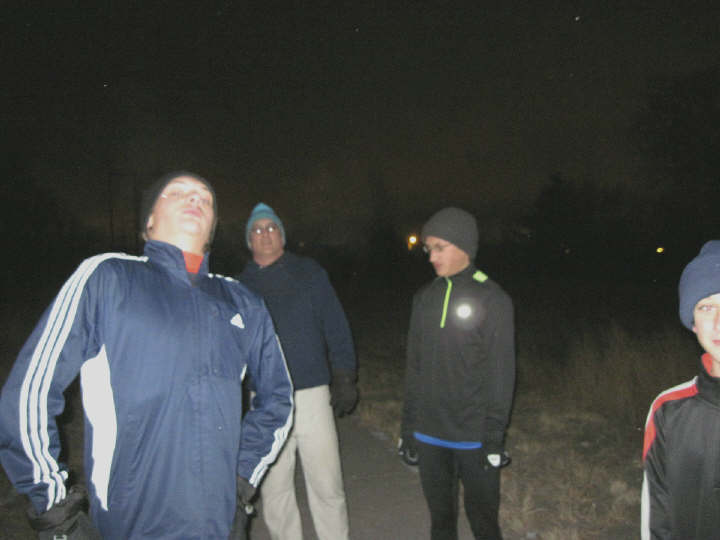 Good times.  Magnum and the bum knee even put forth a decent showing.  I did make a video, but it was just too dark and not worth publishing.  Just know we were awesome.

After that excitement, I had to unwind so as to rest up.  I needed to be at another starting line this morning.  The Rescue Run 10K.

What a beautiful day!  Bright and sunny and about 20F (still) when I left home.

It was held at a local park that we've hiked in quite a bit, but I really didn't know what the race course would be like.  It advertised "The courses are challenging and hilly " which I expected from our hikes there.

They also boasted "The views on the 10K course are spectacular, with panoramic views of Pikes Peak and the Front Range mountains."

Omigosh, that was so TRUE!  Beautiful views!  For someone who normally just runs around the suburbs, this was a real treat.  And the proceeds go for a good cause - the county Search and Rescue.  Over 800 revelers joined me.  Wolfgang opted out, preferring quick and dirty 5K's instead.

Considering I'd never run this course before, some sections of the race were quite hilly and icy, and I'd never run a 10K race before, I figured I'd just go with the flow, hoping to finish in less than 54 minutes.  I clocked in at 49:53, which was good enough for 2nd place old lady.

Mmmm... Crab legs. I've never made them. I think I need to give them a try this year.

I was wondering if you'd do the midnight mile again. You had a great night for it. No one here was up for a run at midnight. Temps were probably around zero by then.

Your 10K sounds like a great race. Congrats on your 2nd place finish! Woot woot!!!

Here's a not-so-secret secret about crab legs: they are SUPER EASY to "make". Go get some!
And yes, both runs were bunches of fun. Great way to start the year off.

Traditions are so nice, aren't they? Crab legs and the Midnight Mile are pretty cool ones. (So crab legs are pretty easy to make, huh? Love to try them sometime.)
Congrats on your 10k 2nd place finish! Sounds like it was a beautiful run!
No takers on that trailer yet?

Plus, there's just something kind of fun about cooking and eating something that looks like an Alien facehugger. Try 'em!
The photo reminded me that I have yet to advertise the trailer. On my list!

Wait'll you get to be my age -- nothing gives your race placement a bigger boost than getting kicked up into that next bracket! Not that YOU need it, Ms-sub-50min-10k-in-the-terrain!

Congrats on second place. You have so much energy.

Two more years and the Ripe Old Ladies will be a-partying!

I was wondering if you guys were going to repeat the Midnight Mile again. Good Show!

And glad to see you knocked off that 10k. Those resolution runs can be rough, especially depending on how late one stays up the night before. And hills? What are those?