getting my geek on

Over the weekend, I was with Wolfgang at the video game store.  He was purchasing an "M" game, so I was there as a representative of maturity.

As he went about his business,  I tried to stay occupied.  I came across a stack of flyers for Denver Comic Con.

I half-joked to Wolfgang, "Oooh, Comic Con, we should totally go..."

We continued to half-joke about it in the parking lot.

On the drive home, we half-joked about it some more.

Back home, we half-joked about it to the rest of the family.

All those half-jokes summed up to full on jokes, and now we are totally going.  I've made the reservations and purchased the tickets.  My first geek convention!!

In an attempt to prepare myself for this thing - and maybe because I was trying to think of a way to make the June-and-me-switching-places-for-test-days story less boring -  I got out the sketchbook and began forming a graphic novel.  Meet the main characters, based loosely on some people I... uhm... know. 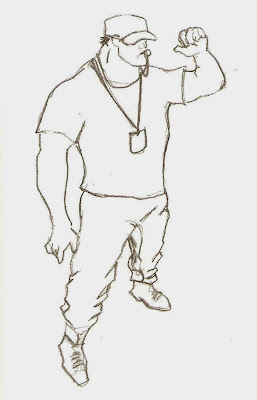 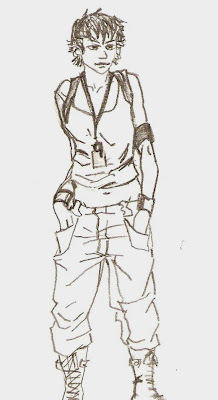 Playground monitor Dee has a bit of rebellious biker chick in her.  She's great with kids and she also wields a mean crocheting needle! 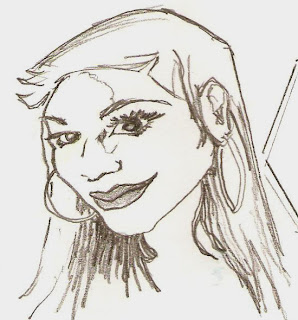 Crossing guard and lunchroom monitor June is the Matriarch of the bunch. She's nurturing and kind, but tough. Growing up with livestock made her that way! 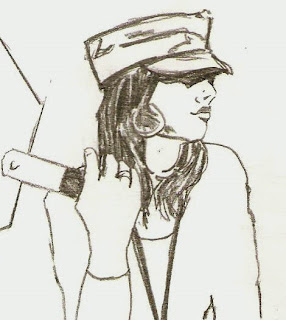 Crossing guard Abby is a bit on the quiet side and often looks lost in thought. But really, she's just watching... watching EVERYTHING.  Don't slip up!


Together, they operate like a strange well-oiled machine.  Their main common bond is that they all care about the health and safety of kids...

... they just have no desire to be indoors with them all day.

You've got the makings for a great novel! I'd read it. In fact, I already love a book called The Outsiders! :-)

It's a shame the name, "Fantastic Four", is already taken--that would fit well too!

Your characters are super awesome! I'd love to read a story of their crossing guard adventures!

I am definitely a fan of the Outsiders. They all rock. I relate to Dee.

Looks like the foundation for a great story.
And a Comic Con? Nice way to spend Father's Day weekend. I hope you will go full geek and have your Cosplay outfits picked out.

I hope we see more of these characters in future blog posts. Nicely drawn and a fun read!